A New Name for Hyattsville's Park

In 2019 Hyattsville's City Council began the process of removing offensive and segregationist language from the original deed for Hyattsville’s Magruder Park. In conjunction with this process, new names for the park were solicited from the community to better reflect its current use as a welcome gathering place for all.

Suggestions were collected through an online survey, mail-in postcards, a phone line, and a suggestion box in the Park. The City received over 830 suggestions by the November 15, 2020 deadline! You can view all submissions received here.

All submissions were reviewed by the City’s Race and Equity Task Force and Health, Wellness, and Recreation Advisory Committee. The top name options were presented to City Council for consideration at the March 15, 2021 Council Meeting. Read the full memo presented to Council. A public hearing was held on April 5, 2021 to hear feedback from the community on the proposed list of names.

David Driskell was a respected advocate for the visibility, inclusion, and preservation of African American art. He was a distinguished professor emeritus at the University of Maryland and his artworks are displayed in museums across the country. David passed away in April 2020 from COVID-19.

The City is working with the Neighborhood Design Center to honor David Driskell with new park signage, artwork, and programming. Details will be posted as they become available.Read the May 4, 2021 press release about the motion to rename the park after Dr. David C. Driskell.Read the June 7, 2021 press release about the resolution to legally change the park name to David C. Driskell Community Park 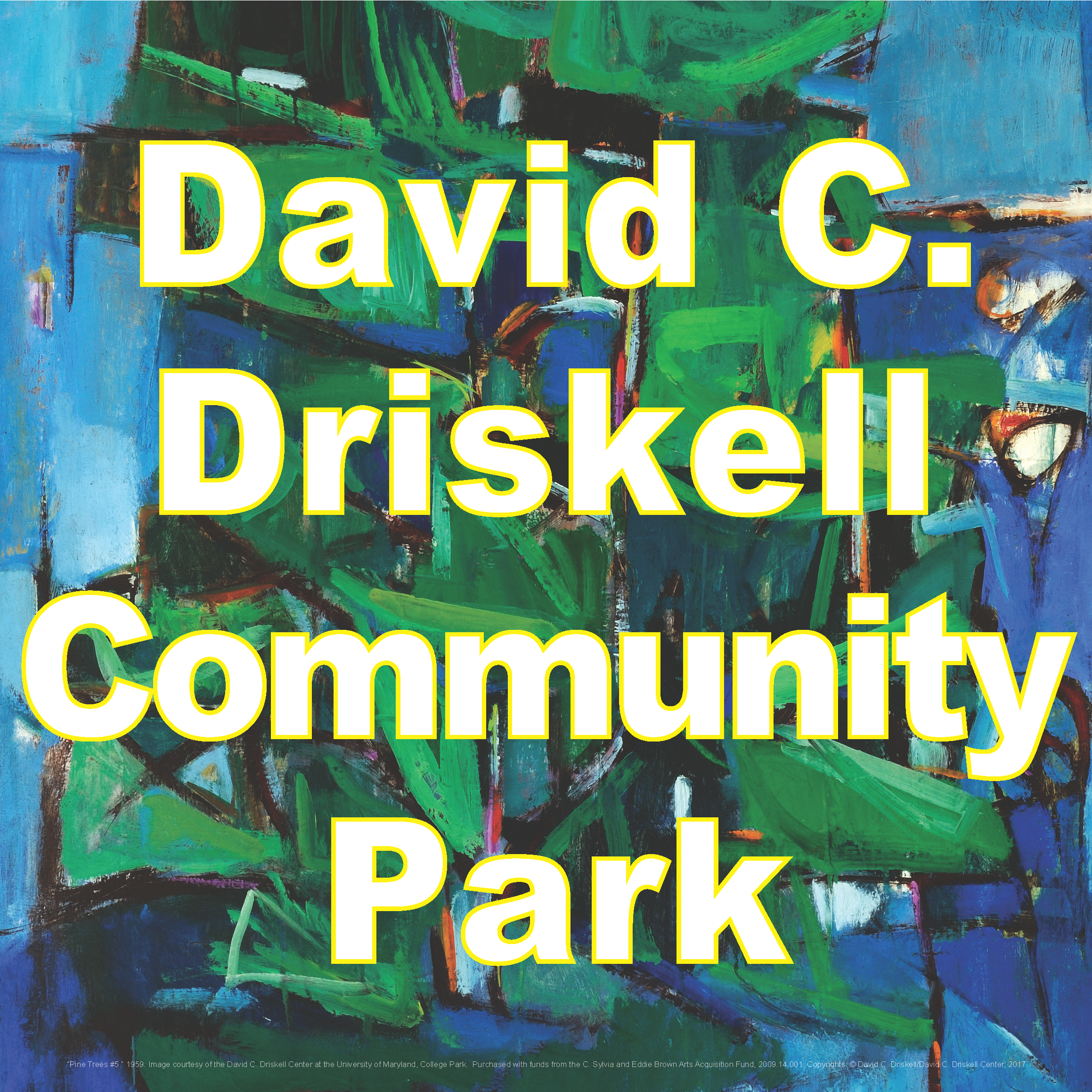