In 2015, Hogan Companies and Gilbane Development proposed to develop a 25.3 acre parcel immediately northwest of the West Hyattsville Metro Station as a multifamily unit and townhouse development. The most recent conceptual plan includes 300-400 apartment units, 183 townhouses, and 10,000 square feet of retail/commercial space. The concept plan proposes a public park and amphitheater, improvements to the Northwest Branch Trail and several connections of the property to the Metro station.

Another important aspect of the site is the Kaiser Permanente Facility to be constructed along Ager Road.

The project will be split into two phases; the townhouse component and the multifamily building. Representatives for the developer first presented their vision for Phase I to the community at a public meeting in October 2015. They followed up with the Hyattsville City Council in October 2016, showing a modified plan as a result of resident feedback. In March 2017, the developer received approval by Prince George's County for the Preliminary Plan of Subdivision and Detailed Site Plan Infrastructure Plan to construct 183 townhouses. Approved project documents can be found here.

The architectural detailed site plan (DSP) for the townhouse portion of development was presented to the City Council in May 2018. The City Council voted to support the application on July 16, 2018, and the project was subsequently approved by the Prince George's County Planning Board on July 19, 2018.

The official groundbreaking event for the property was held in July 2017. As of January 2018, the vacant warehouse on the property has been demolished and the team is now starting ground work on the site.

Gilbane Development has completed site grading for the Riverfront at West Hyattsville and anticipates completing the roadway infrastructure by early 2021.  The 183 townhouses on the site are being constructed and will be sold by Stanley Martin, the same builder that built the townhouse units at the Whole Foods project in Riverdale Park. The first 54 townhouse units are scheduled to start construction in December 2020 or early January 2021 and the total build out is anticipated to take several years.

The second phase of the Riverfront at West Hyattsville project will include construction of two to three multifamily buildings, including one along Ager Road. The proposed residential dwelling unit count has not been determined.

Robert Gilbane, Jr., Vice President of Gilbane Development Company, talks with Hyattsville's Director of Community & Economic Development, Jim Chandler, about the Riverfront at West Hyattsville Metro project. The transit-oriented development includes townhomes and a new Kaiser Permanente medical office complex. Mr. Gilbane discusses the decisions behind locating the development in Hyattsville, current progress on the city, and the importance of community input in the planning process. 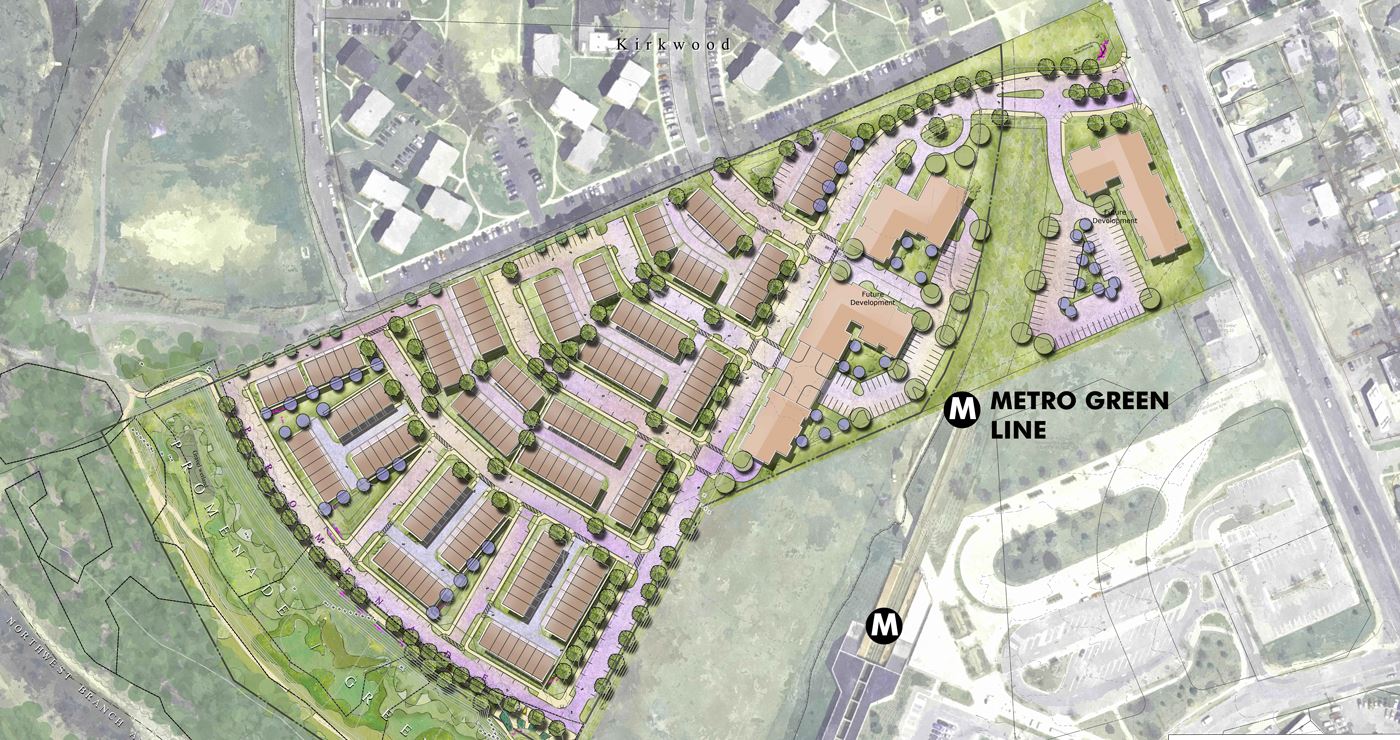